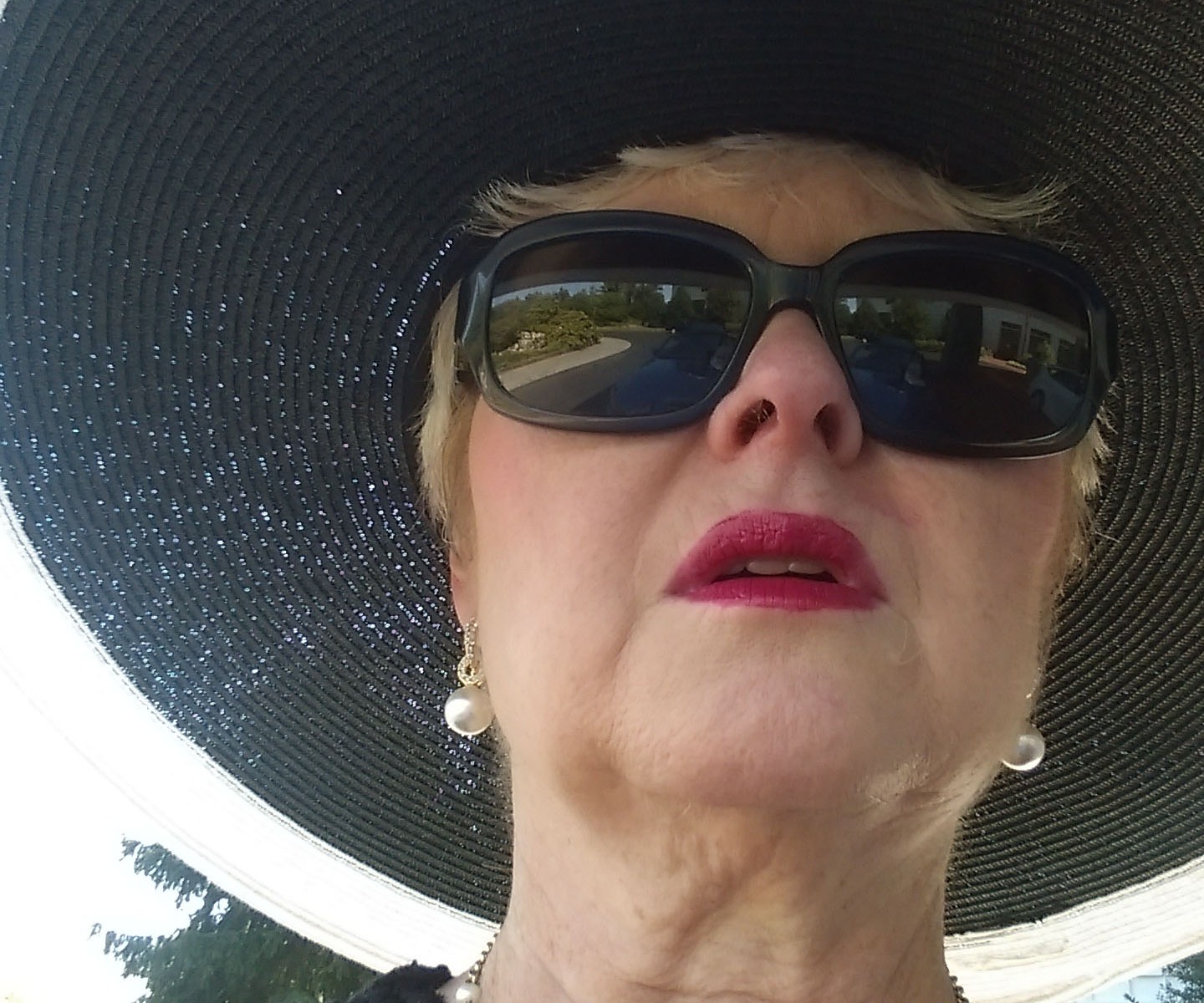 “…if you get in line behind them.”

I turned and faced a thin elderly white man, dressed neatly but casually in khaki slacks and long-loved, pale blue-striped shirt.  He had an old-style hearing aid in his left ear.

Well, perhaps in part, he was right.

I had been watching the black woman he spoke of, since I stepped up to the Consultation window in the pharmacy.  She had made her presence known to two other people at the Pick-up window:

She had declared, “I suppose it doesn’t matter that I was already waiting.”  She was sitting in the chair off to the side, wrapped in a black drape coat and wearing a black woolen cloche hat.  Her hair was straightened dark silver and her lipstick, likely Dior “Rouge.”

The pharmacy clerk had stepped to the Pick-up window to help a man who had just walked up.  He was a tall bearded white man who had the weathered looks of a self-sufficient, homesteader type, not typically seen around here but more commonly seen in the mountains.  I caught a glance of humor and mock long-suffering cross his face and was pleased to watch him smile as he turned to the woman and spoke kindly to her; he apologized, explaining how he had assumed she had already been helped and was simply waiting for her prescription.

I had to step away to make several trips up and down aisles to find all of my needs and by the time I was ready to check out, a small line had formed at the Pick-up window; the homesteader was gone.  The elderly black woman was at the front.  I was four people back.  The aforementioned elderly gentleman stepped into line behind me.

The pharmacy assistant was helping the black woman bring up her rewards membership; the woman offered five or six different phone numbers…none of which began with area codes of anywhere around here.  Then they tried email addresses…none of which included email servers of this century.  Then the woman pulled out every card in her bag.  Why, I asked myself, was all this necessary?  Watching her and listening to her, I recognized a professional, sophisticated demeanor.  She spoke of not have been able to afford her medications last month, and without the reward credits, would not be able to afford them next month, either.

I understood the gentleman’s point…and his reasoning…and I know the truth of it:  there are times when black people will take the opportunity to hold the attention and respect they are due just a bit longer than might be necessary, but to my way of thinking, that’s fine.  I have sat at a red light waiting as a young black man will ‘take his sweet time’ crossing the street at the crosswalk in front of me.  And that is okay, too. Young black women will disregard my presence but I know why they do it and, bless them, they can’t know that I am any different from others.

You see, that elderly black woman and I have several things in common, all of which have come into play in our being disregarded, excluded, or left behind at different points in our lives; I have deep compassion for her because of her circumstances.

“I think it is more a case of her being elderly, poor, and a woman,” I whispered to the man behind me.  I also thought to myself that she has also likely struggled as a woman in a male-dominated profession, but I didn’t want to get into that.

The gentleman had to turn his left ear to me to hear me so I repeated myself and added,  “Trust me, I know the signs.  When one has struggled against oppression as a woman, as a black person, yet been successful in the world, it is difficult to accept old age and poverty.  Sometimes all we have left is to defend our rightful place…even if only in the Pick-up line at the pharmacy.”

He said no more but courteously tapped my shoulder later to remind me that I had placed a package at my feet and not to leave it behind.  We smiled at each other and he gave a quick nod to bid me “good day.”