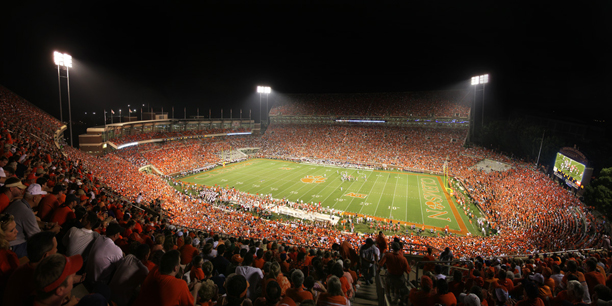 No matter how much you practice and prepare, no matter how many promises you make to yourself or affirmations you recite, it’s different under the lights.  It just is.

This command which I enjoin on you today is not too mysterious and remote for you.  It is not up in the sky … nor is it across the sea … No, it is something very near to you, already in your mouths and in your hearts, you have only to carry it out.

We make promises all the time and do so with the strongest of intentions:

On my Honor, I will try, to do my duty to God and my Country, to help other people at all times, and to obey the Girl Scout Law.

I pledge my allegiance to the flag of the United States of America, and to the republic for which it stands, one nation under God with liberty and justice for all.

But then we run out onto the field, under the lights, and we forget everything we promised to do:

…to help other people at all times…

…one nation under God with liberty and justice for all

…as we forgive those who trespass against us…

Richard Rohr says that “to live nonviolently…both toward humans and nature…requires that we recognize God’s image in each living thing.”  That is difficult to do, especially when that living thing is pissing me off.

Under the lights of prime time existence, with the noise and chaos and the adrenaline flowing, these promises are lost in the confusion.

Wise coaches like Dabo Swinney will often sacrifice an opportunity to obtain a really high score by putting in the second and third string quarterbacks for the express purpose of giving them “time under the lights.”  Nothing beats experiencing the real thing.  And without the experience of the chaotic environment, one will never learn to remember those promises when it matters.

I can easily see God’s image in my daughter or my friend or Mother Teresa or the child on TV…especially in calm quiet moments.  Alabama players practiced holding the image of Hunter Renfrow every day of practice during regular season so they would not forget to see him when under the lights of the Sugar Bowl.

If I am going to remember that the customer service rep on the phone telling me those hidden charges are valid because “every company charges them,” is a human in the image of G-d, I need to spend a lot of time reflecting on G-d’s image in the calm of my ‘locker room’ and carry that image out with me under the lights when the pressure is low and the score is good and secure.

(And when I forget, Lord, forgive me my trespasses….)

Recent Posts: Notes from the Margins

I will not adopt another man’s (or woman’s) theology as long as I am able to craft my own.

You’ve got to do something. No one believes anymore that there is a benefit to being ethical, honest, loving, or kind. I’m heartsick. Insurance company: “Yeah but it’s not illegal.” Brother: “Hey, business is good and that’s all I care about.” Neighbor: “You don’t want to stock up too much, people will steal from you.” […]

Jesus was a wise rhetorician; his approach was to change the game by changing the initial conditions.

“Nice little machine you have.”

My ‘little blue wonder car’ always draws attention. I turned to greet the smiling eyes of an older gentleman in a plaid shirt and straw fishing hat, walking toward me with a cane.  We were in the shaded parking area in front of the assisted living facility where my sister lives.  I assumed this gentleman […]